Geekbench 3 results for the new Retina MacBook Pros are now available on the Geekbench Browser and on the Mac Benchmark Chart.

If you're not familiar with Geekbench 3, it is a cross-platform processor and memory benchmark. Higher Geekbench scores are better, with double the score indicating double the performance. If you're curious how your Mac or PC compares, you can download Geekbench 3 to find out. It's a free download and only takes a couple of minutes to run. 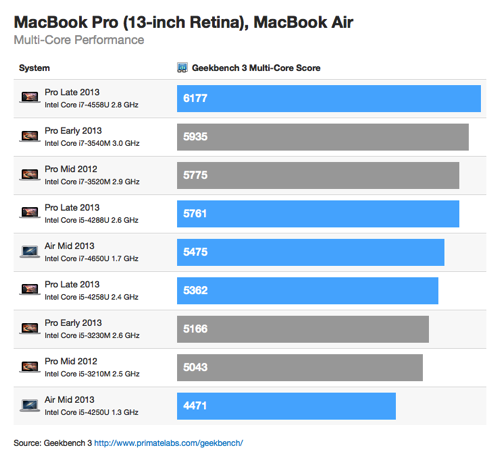 There are only minor performance gains (2% to 4%) between the new generation and the previous generation. This isn't surprising given that the design focus of the new processors was power consumption, not performance.

Here are the results for the 15-inch Retina MacBook Pro. 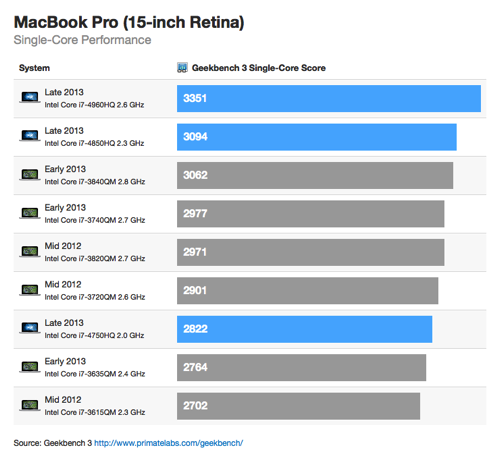 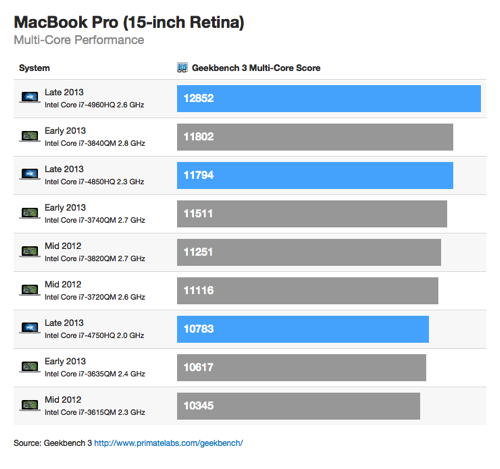 Much like the MacBook Air update earlier this year, the MacBook Pro update provides only a modest improvement in processor performance. However, the improvements in other areas, such as battery life and graphics performance, may make this a compelling upgrade for users with a first-generation Retina MacBook Pro.