Apple announced a new lower-cost dual-core iMac today, and Geekbench 3 results for it are already appearing on the Geekbench Browser. Let's see how the new iMac performs compared to other iMacs. 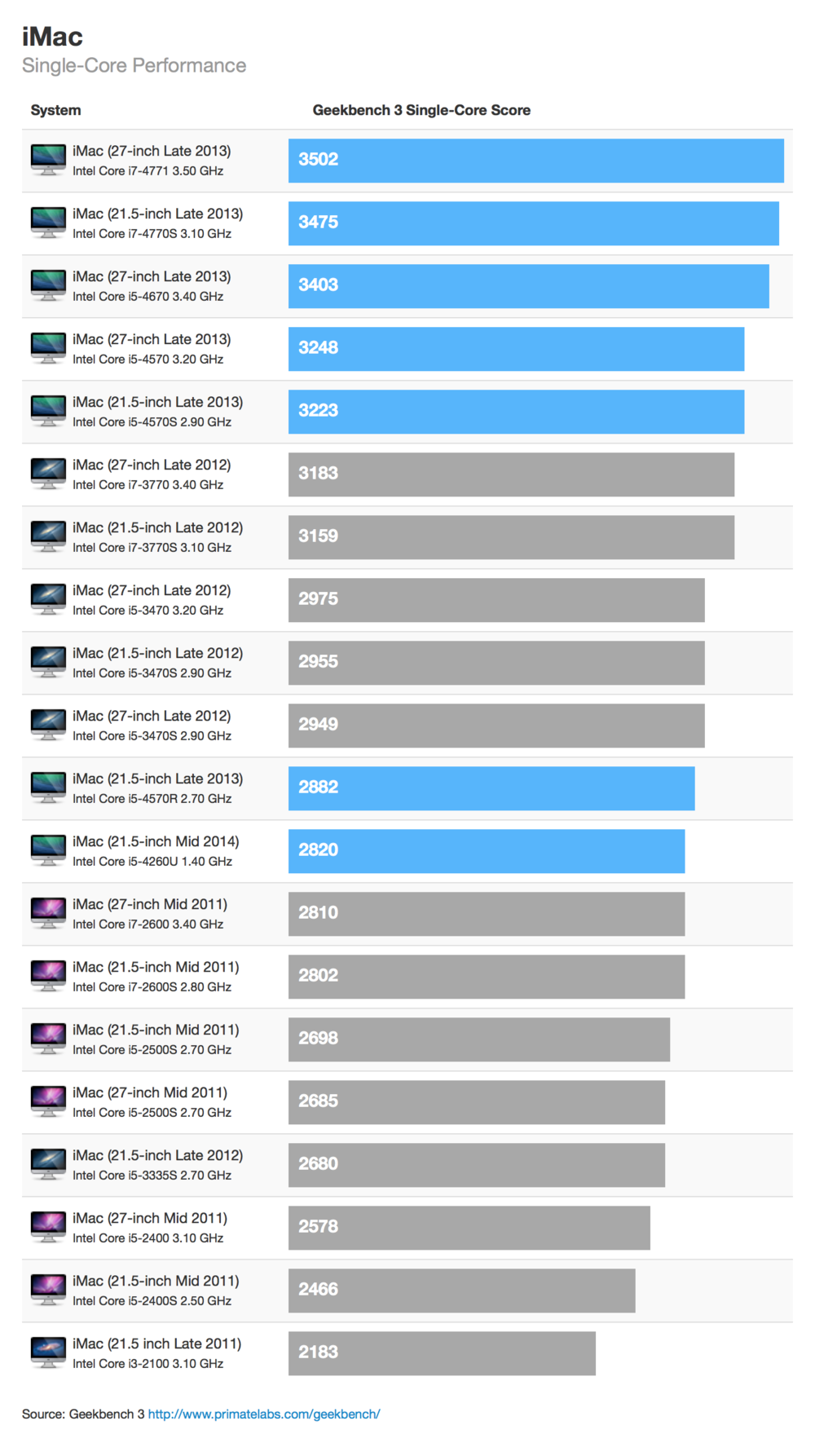 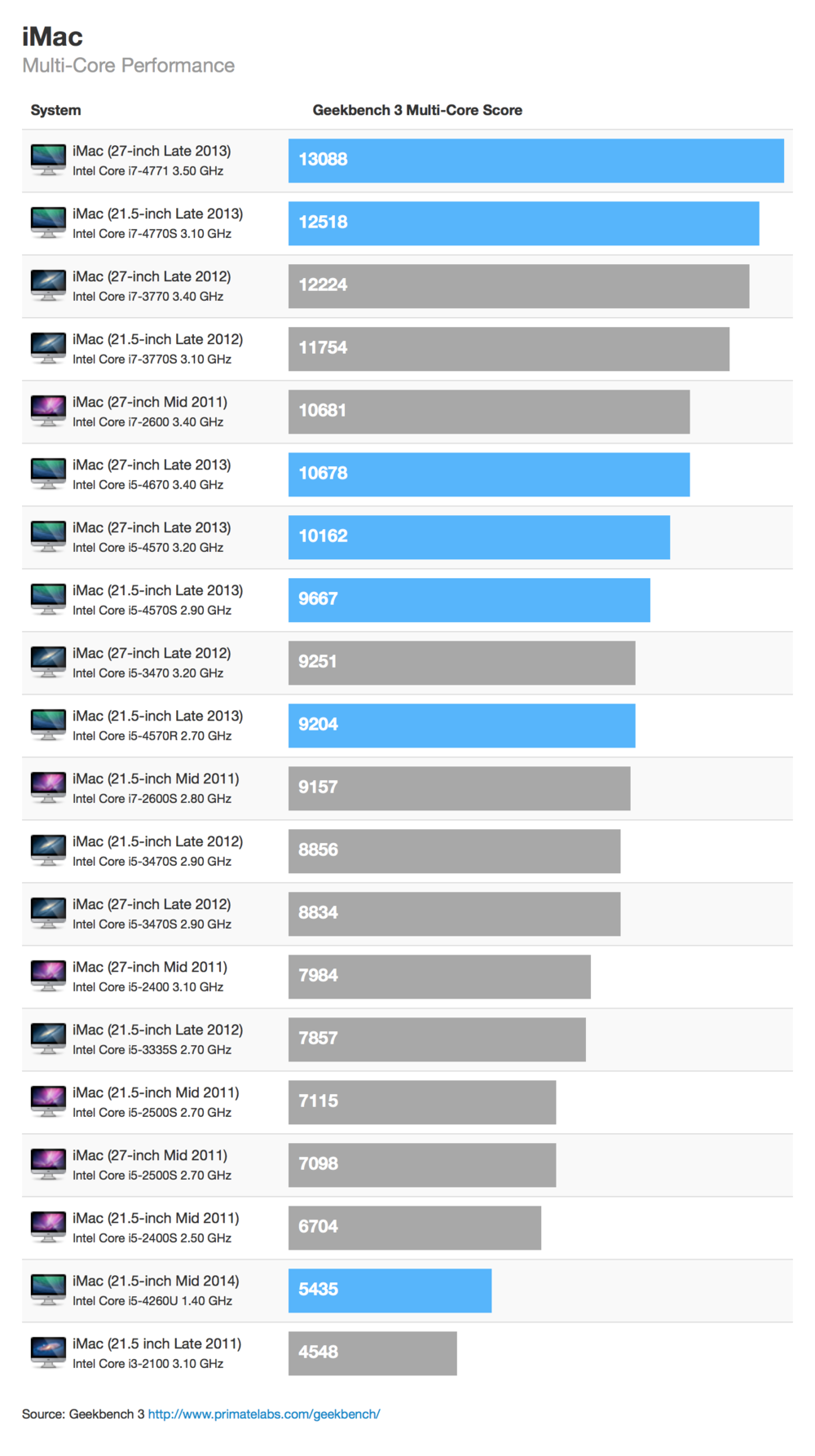 When compared to the rest of the iMac lineup, the new iMac has reasonable single-core performance — it's almost identifcal to the entry-level quad-core iMac. Multi-core performance is significantly lower due to the lower number of cores (2 cores vs 4 cores).

I'd say Apple used an Ultrabook CPU in the new iMac to avoid shipping Intel's HD 4600 GPU in anything. No desktop CPUs include HD 5000.

According to Intel, the HD 5000 is twice as fast as the HD 4600. Apple may have sacrificed multi-core performance for GPU performance. Given the increasing importance modern user interfaces place on GPU performance, this may turn out to be a smart decision that extends the useful lifespan of the new iMac.