On Tuesday Apple updated its MacBook Pro lineup. Geekbench 3 results for most of the new models have already appeared in the Geekbench Browser which lets us see how performance has improved across the lineup.

For the 15-inch MacBook Pro, processor speeds were increased by 200 MHz, leading to a 6% to 9% increase in performance: 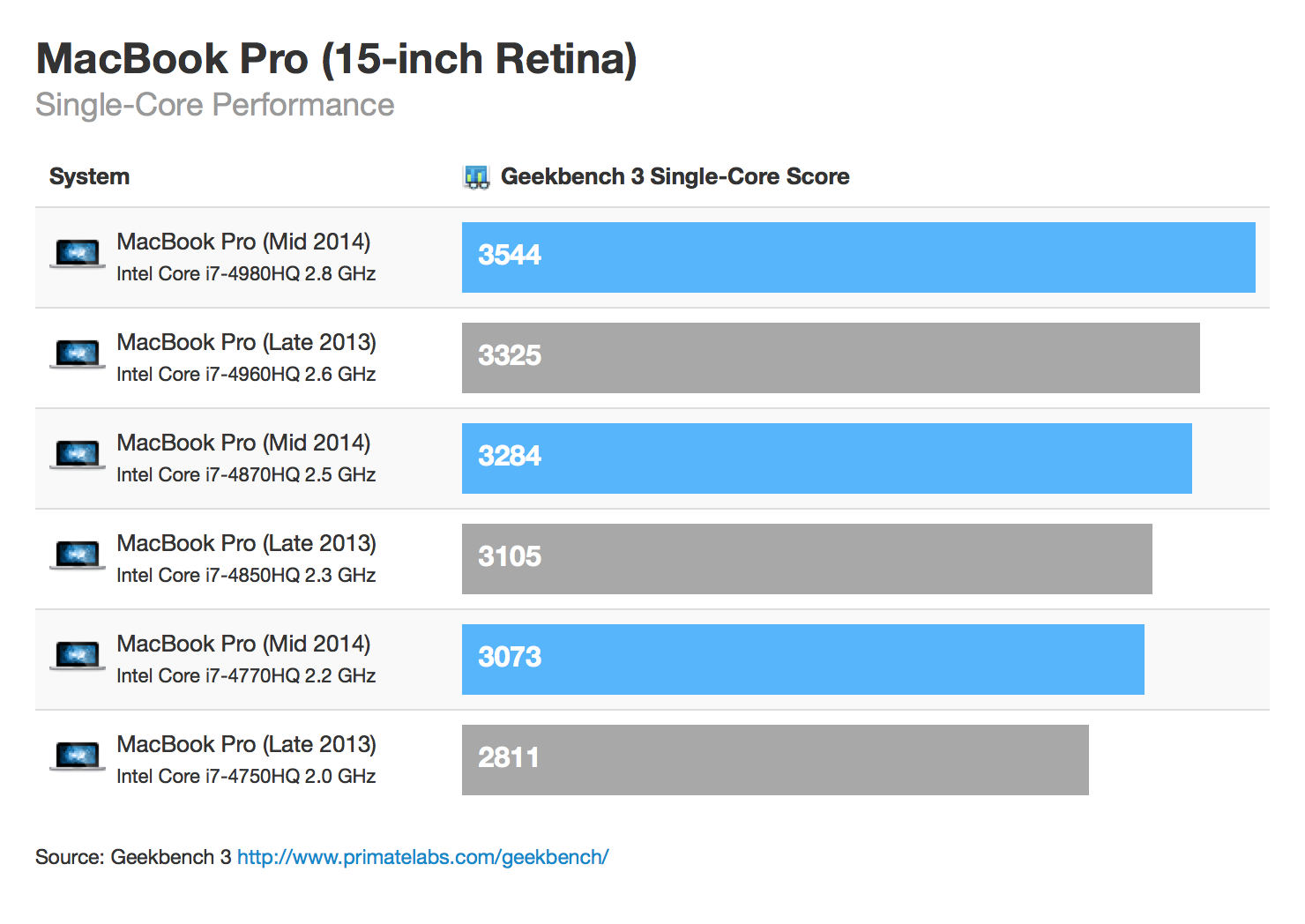 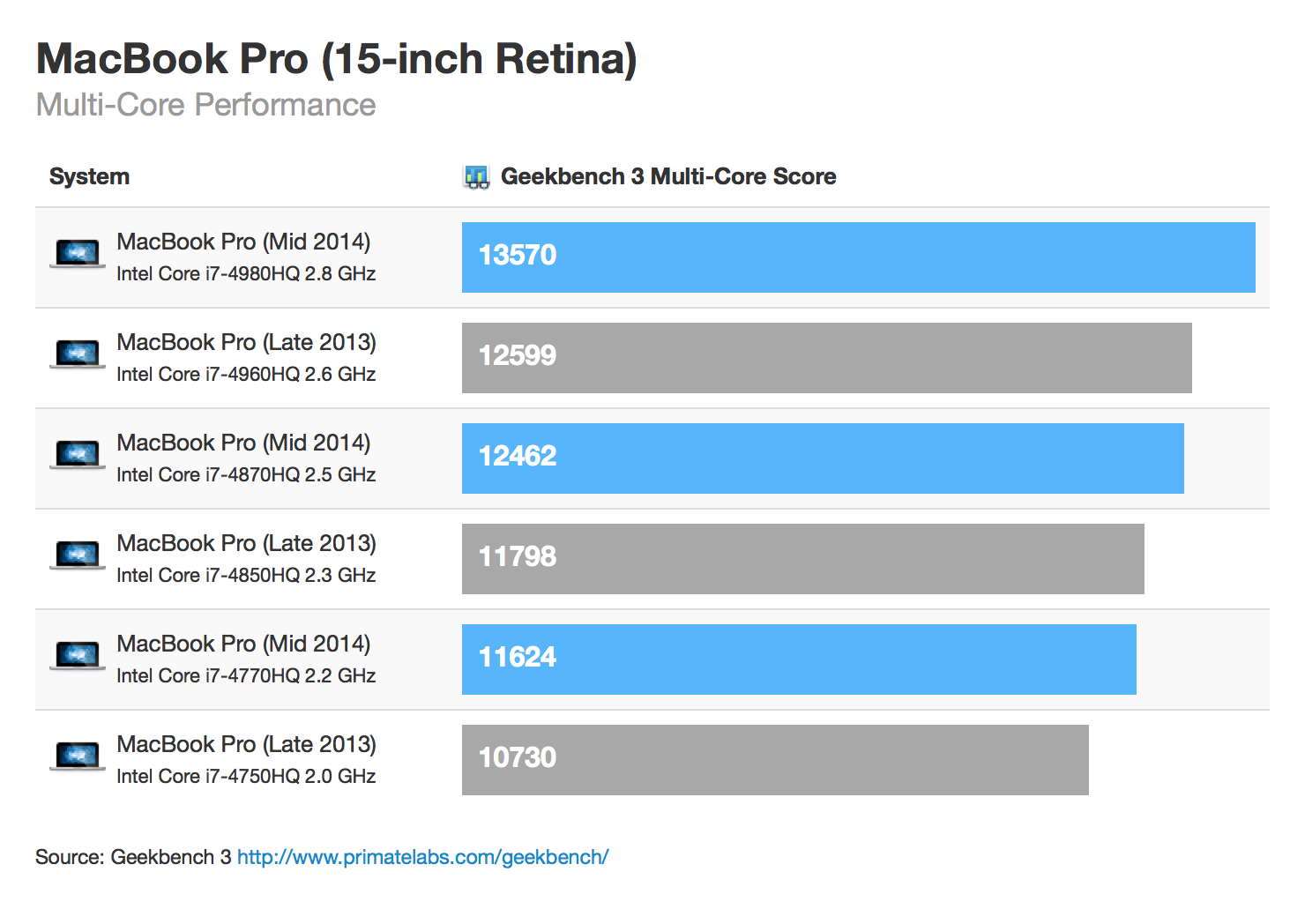 For the 13-inch MacBook Pro, processor speeds were also increased by 200 MHz, leading to a 7% to 8% increase in performance (note that we do not yet have results for the new high-end model): 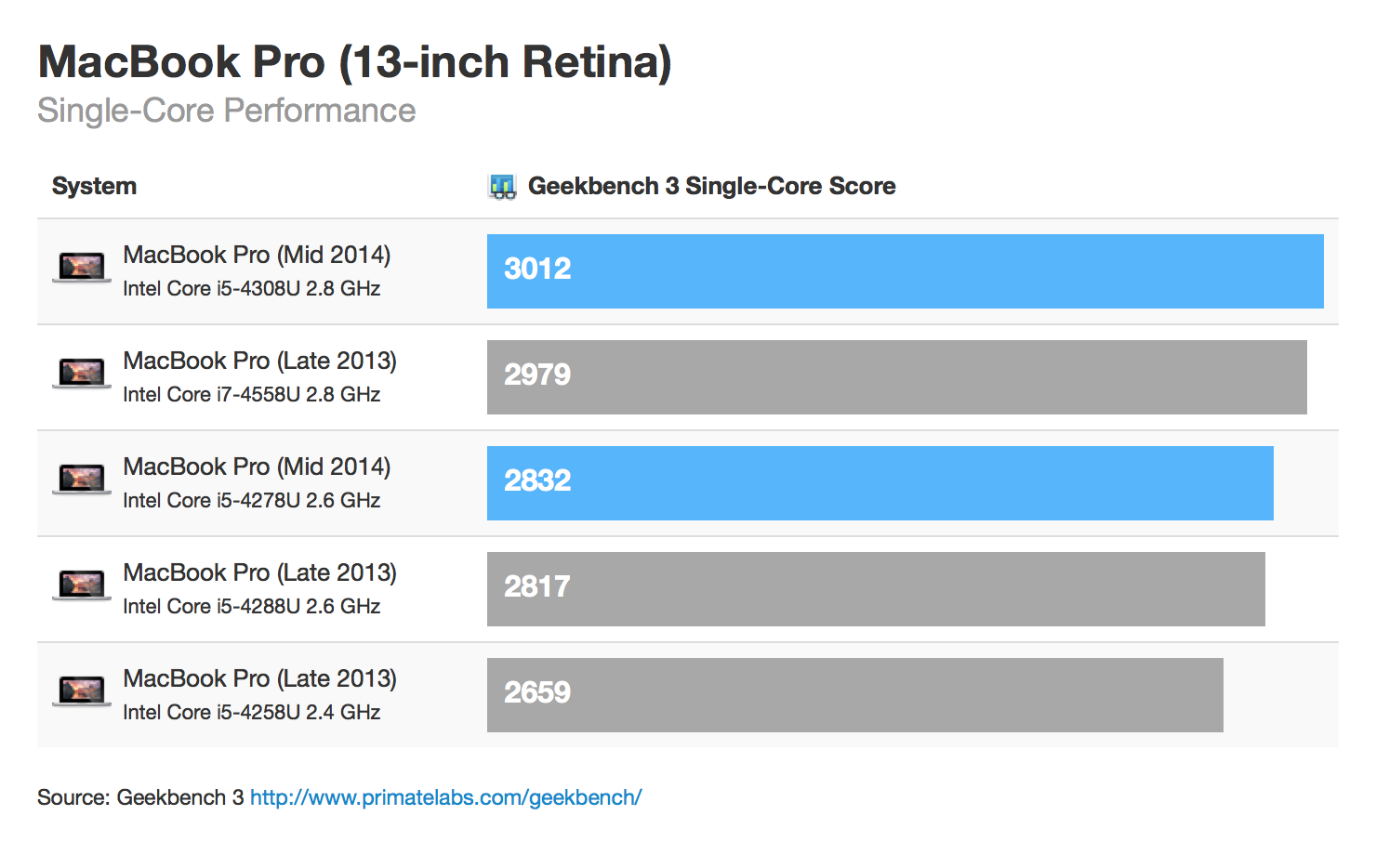 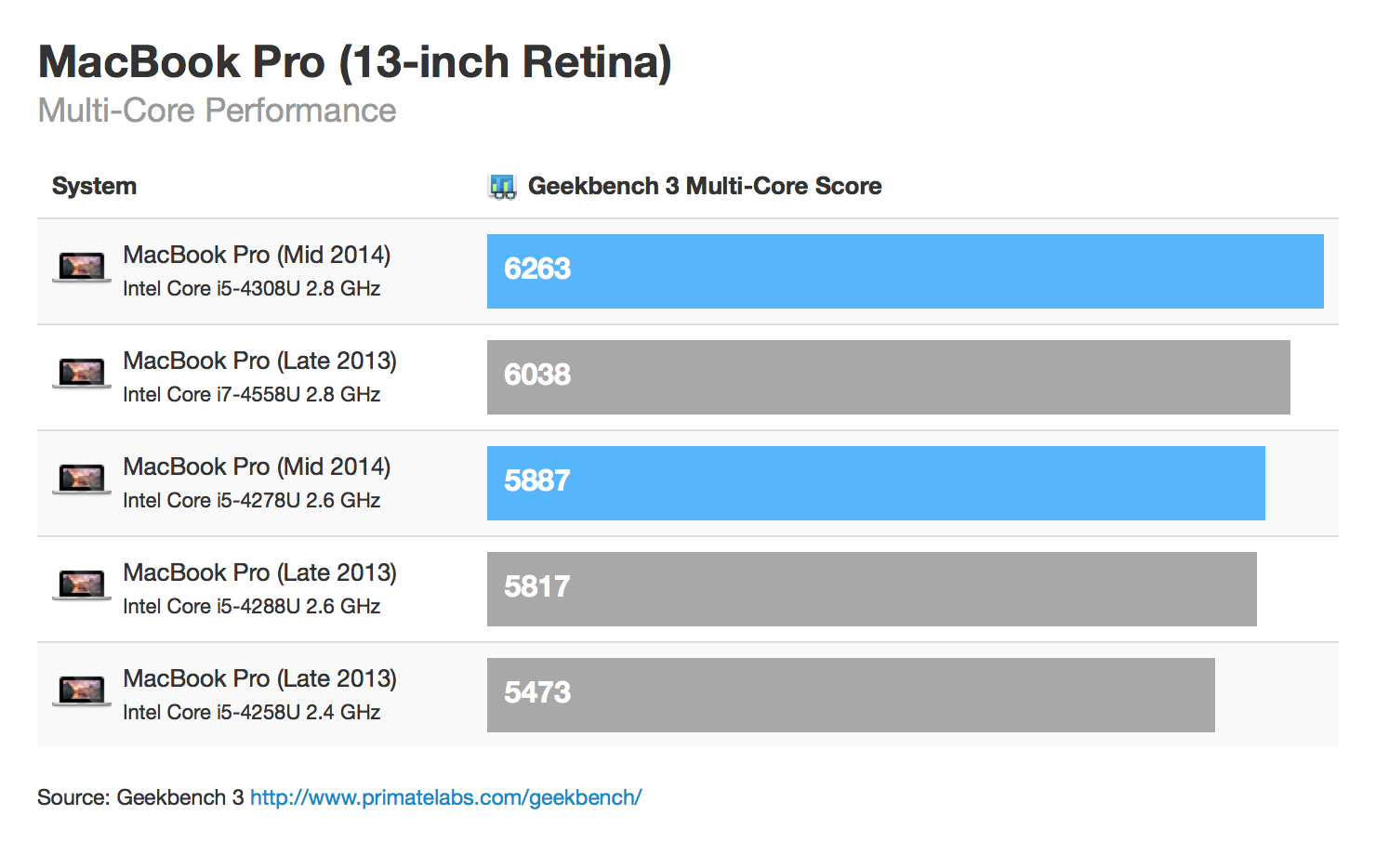