Apple announced a long-awaited update to the Mac mini lineup on Thursday. Along with 802.11ac Wi-Fi and PCI-based flash storage options the new models feature Intel's Haswell processors. While Apple hasn't identified which Haswell processors they're using in the new lineup, I believe these are the processors Apple is using based on the Mac mini specifications published by Apple:

From the table you can see Apple has moved from dual- and quad-core processors in the "Late 2012" lineup to dual-core processors across the entire "Late 2014" lineup. How much this change will affect multi-core performance? Will the new Mac minis be slower than the old Mac minis?

Unfortunately there are no Geekbench results for the new Mac minis in the Geekbench Browser to help us answer this question. Instead, I estimated the new Mac minis' scores by using data from other systems with the same processor. I expect the estimated scores will be within 5% of the actual scores for the Mac minis. 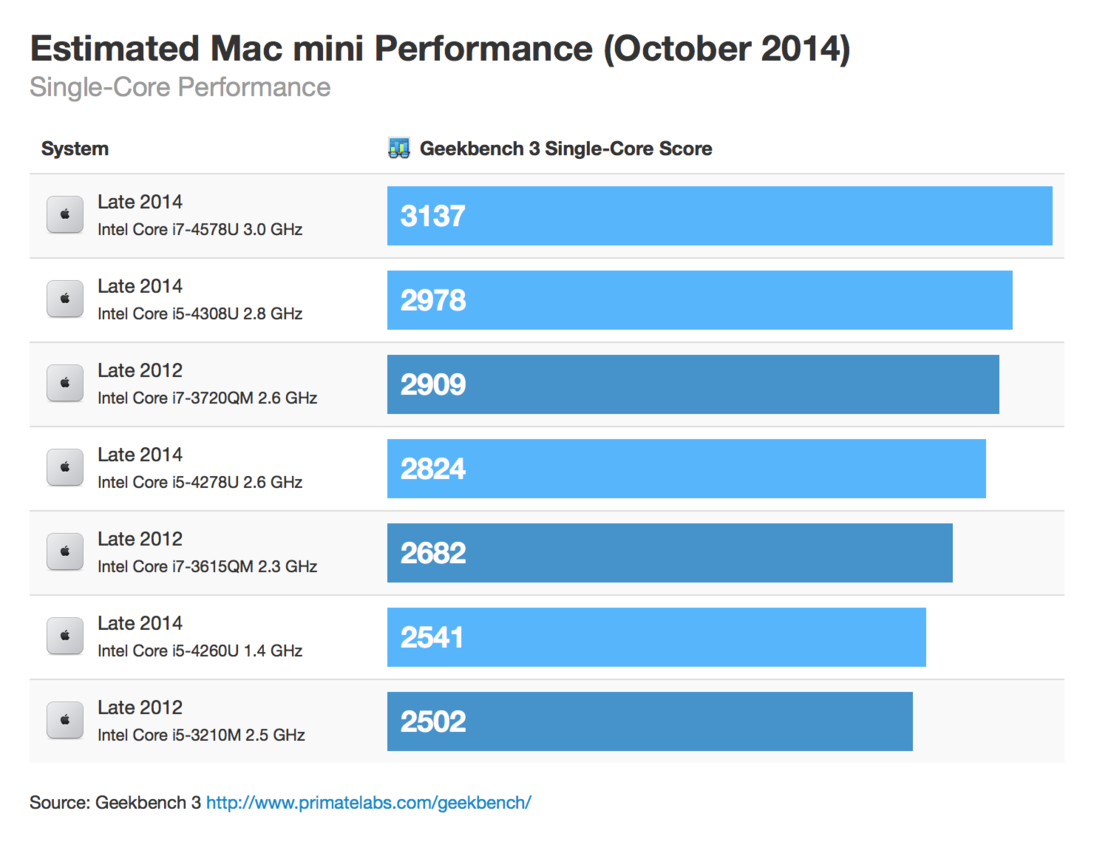 Single-core performance has increased slightly from 2% to 8% between the "Late 2012" and "Late 2014" models. This increase is in line with what we saw when other Macs models moved from Ivy Bridge to Haswell processors. 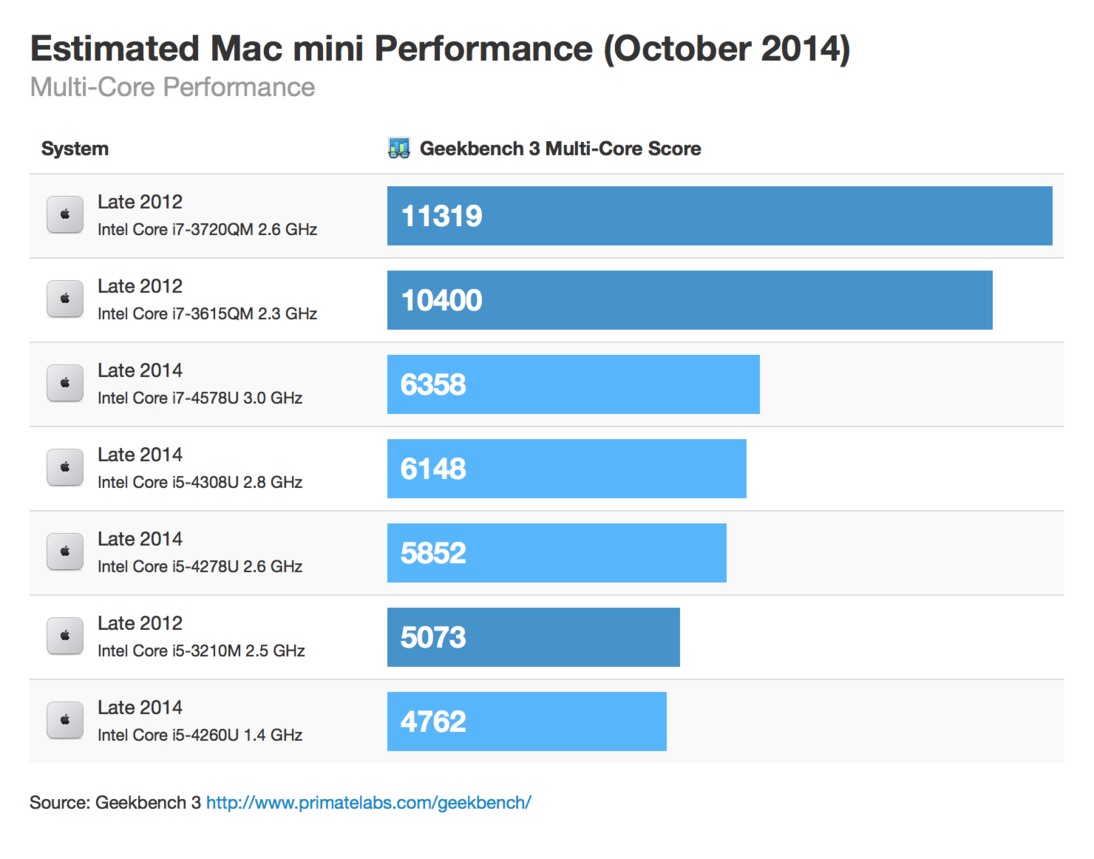 Apple could have gone quad-core across the the "Late 2014" lineup, but I suspect they wouldn't have been able to include a quad-core processor (let alone one with Iris Pro graphics) and still hit the $499 price point.