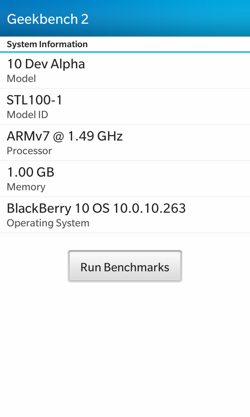 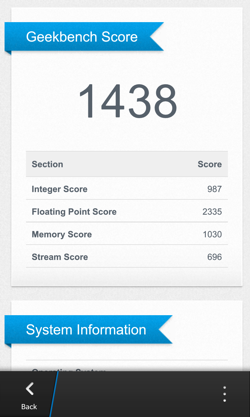 Writing a new interface on a new platform can be challenging. That wasn't the case with BlackBerry 10, though. Cascades, which is based on Qt, is a very productive API. From start to finish, the new BlackBerry interface took half the time to write and has a third the code of the equivalent Android interface.

If you have a BlackBerry 10 device (such as the BlackBerry Z10), you can grab Geekbench 2 for BlackBerry from BlackBerry World today for only $0.99.