We have no idea how the Samsung Galaxy S 4 with the new Exynos 5 Octa SoC will perform, but given how the different Samsung Galaxy S 3s performed I imagine the Geekbench score will be similar.

Now that Geekbench 2 scores for the Samsung Galaxy S 4 with the Exynos 5 Octa processor have started to appear in the Geekbench Browser, it turns out "similar" means "15% faster": 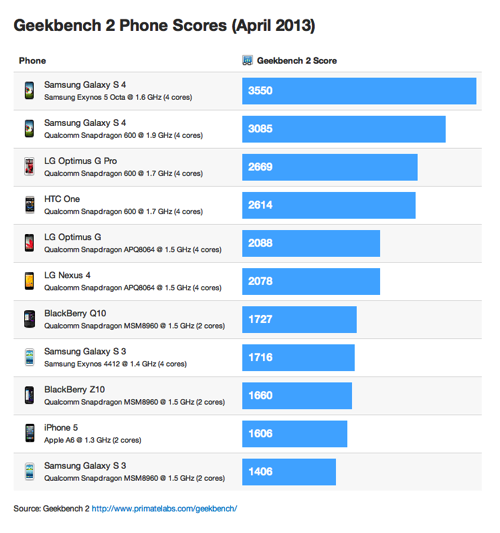 Some new points to consider:

Again, I'm amazed at how quickly smartphone performance has improved over the past few years. I'm looking forward to seeing what comes out over the next year and finding out if this pace can be maintained.