When I first saw yesterday's new Mac Pro Geekbench result, I was surprised that it was only 10% faster than the current Mac Pro: 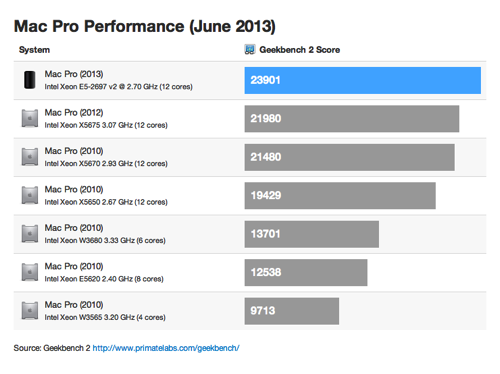 It's too early to say that the new Mac Pro is a disappointment. Even if performance doesn't improve, Apple's managed to get better performance out of a system that's an eighth the size of the current system.