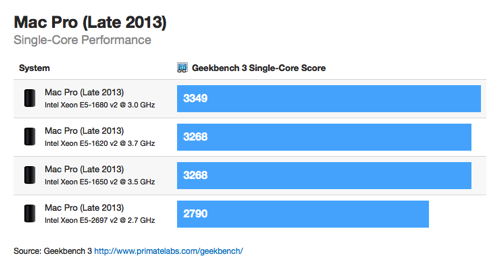 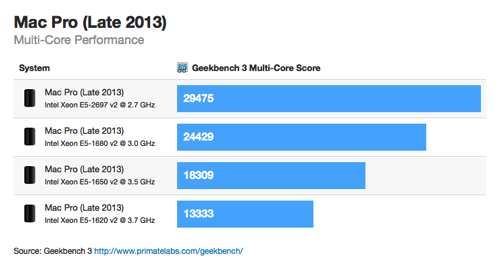 How do the upcoming Mac Pros compare to the current Mac Pros? 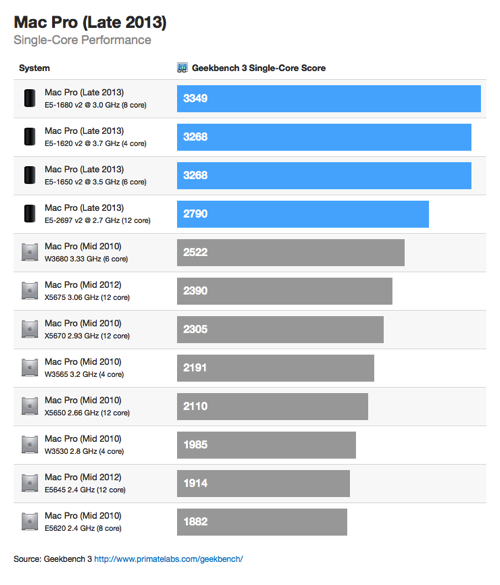 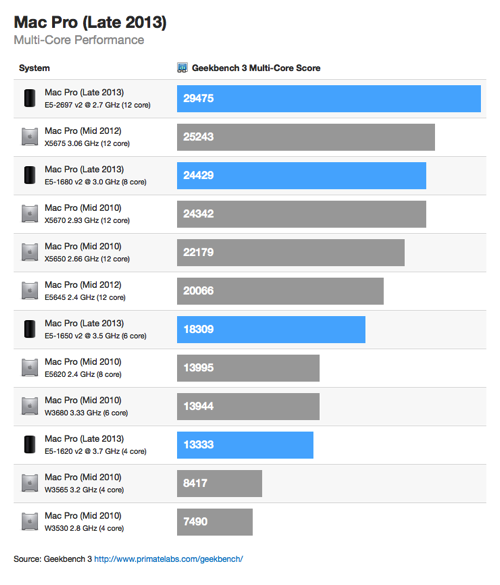 The upcoming Mac Pro will have significantly better single-core performance than the current Mac Pro. For example, the upcoming 4-core model will be between 50% and 75% faster, and the upcoming 12-core model between 16% and 32% faster, than the equivalent current models.

I'm really excited about the upcoming Mac Pros as they're the first significant update in over three years. Even if you don't consider the new industrial design, the fact that Apple has moved from the outdated Nehalem and Westmere processors to the new Ivy Bridge processors should be exciting for all Pro users.

The only question left is how much will the 8-core and 12-core models cost? Given the price of the 8-core and the 12-core processors ($1723 and $2614, respectively) I expect both models will be quite expensive, even when compared to the $3999 6-core model.