Earlier this week Apple announced a minor refresh to its MacBook Air lineup. The only change (besides a $100 price cut) is the base model now comes with a 1.4 GHz processor instead of a 1.3 GHz processor.

How does the new MacBook Air model perform compared to previous models? To find out, I've collected Geekbench 3 results for several models and charted the scores below: 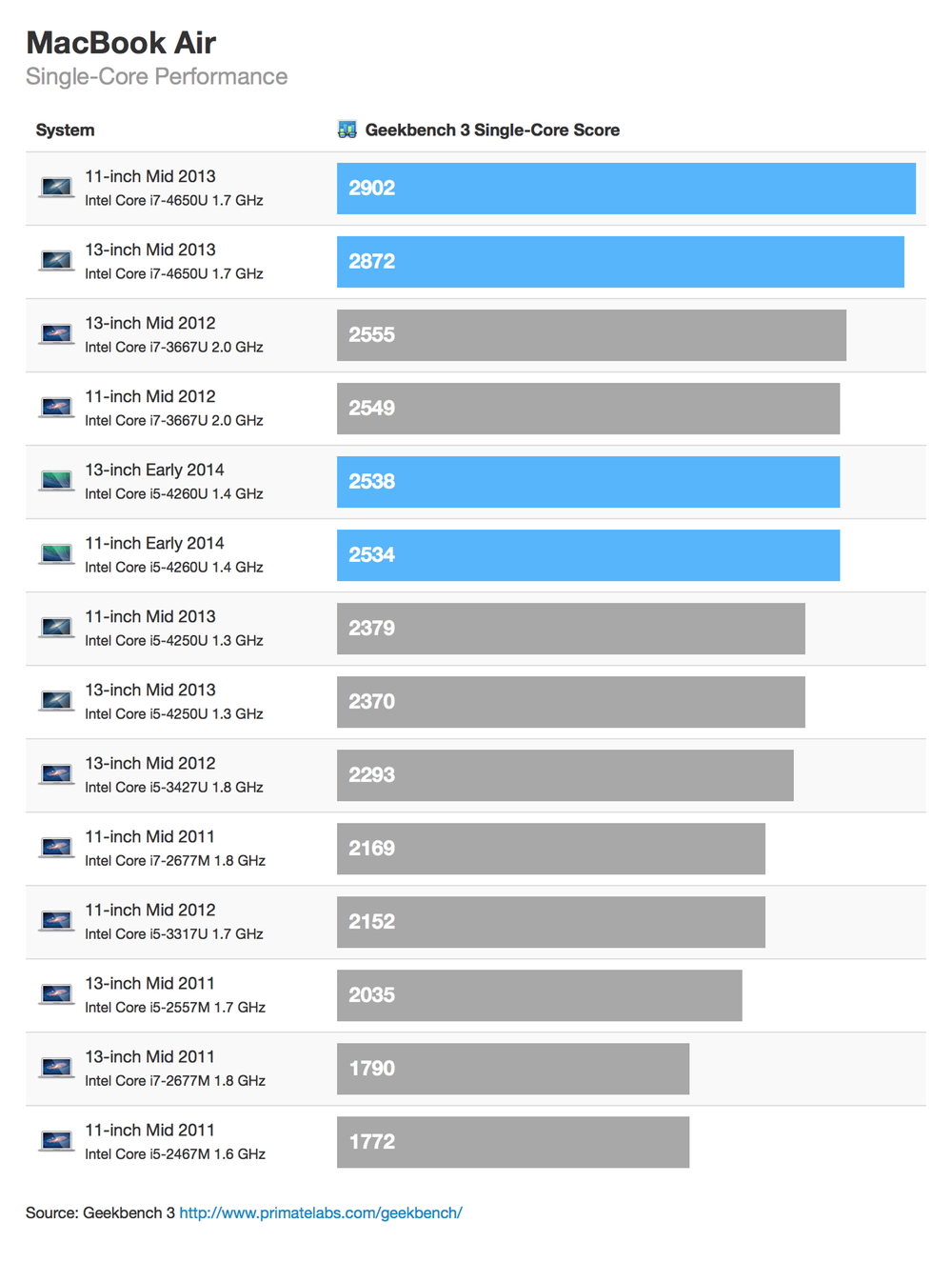 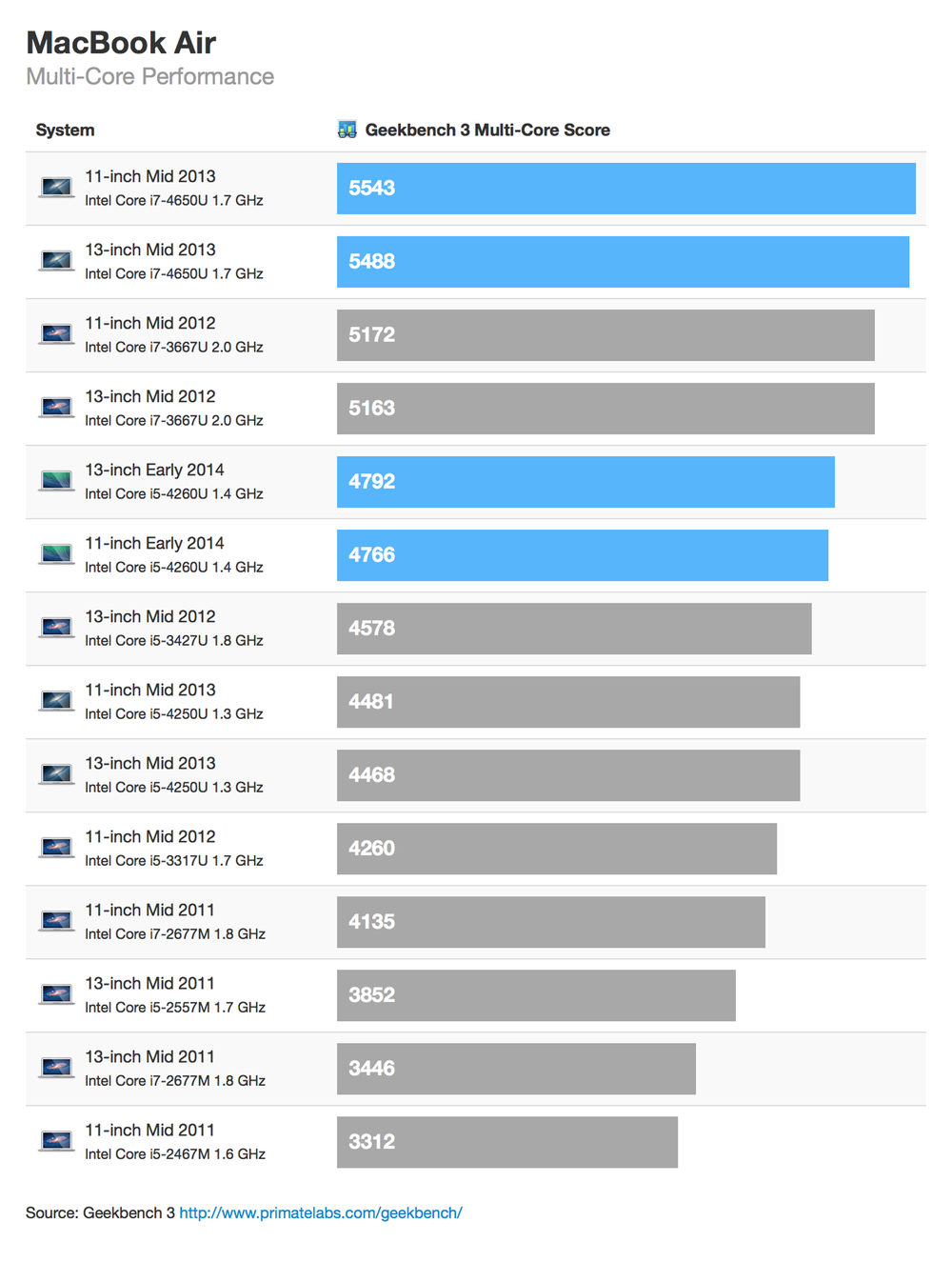 The results for the 2013 and the 2014 models aren't surprising. Both models use Intel Haswell processors, so there are no major changes in processor technology. The 5-7% increase in performance is what I would expect from the 7% increase in processor frequency.

However, comparing the results for the 2011 and the 2012 models is much more interesting. For example, base model single-core performance has improved by almost 45% since 2011, and by almost 20% since 2012. Anyone considering an upgrade from these models will certainly notice (and appreciate!) an improvement this large.