Geekbench 3 results for the new MacBook Air and MacBook Pro models have arrived on the Geekbench Browser. I've generated some charts that compare the new Broadwell-powered laptops with their Haswell- and Ivy Bridge-powered predecessors. 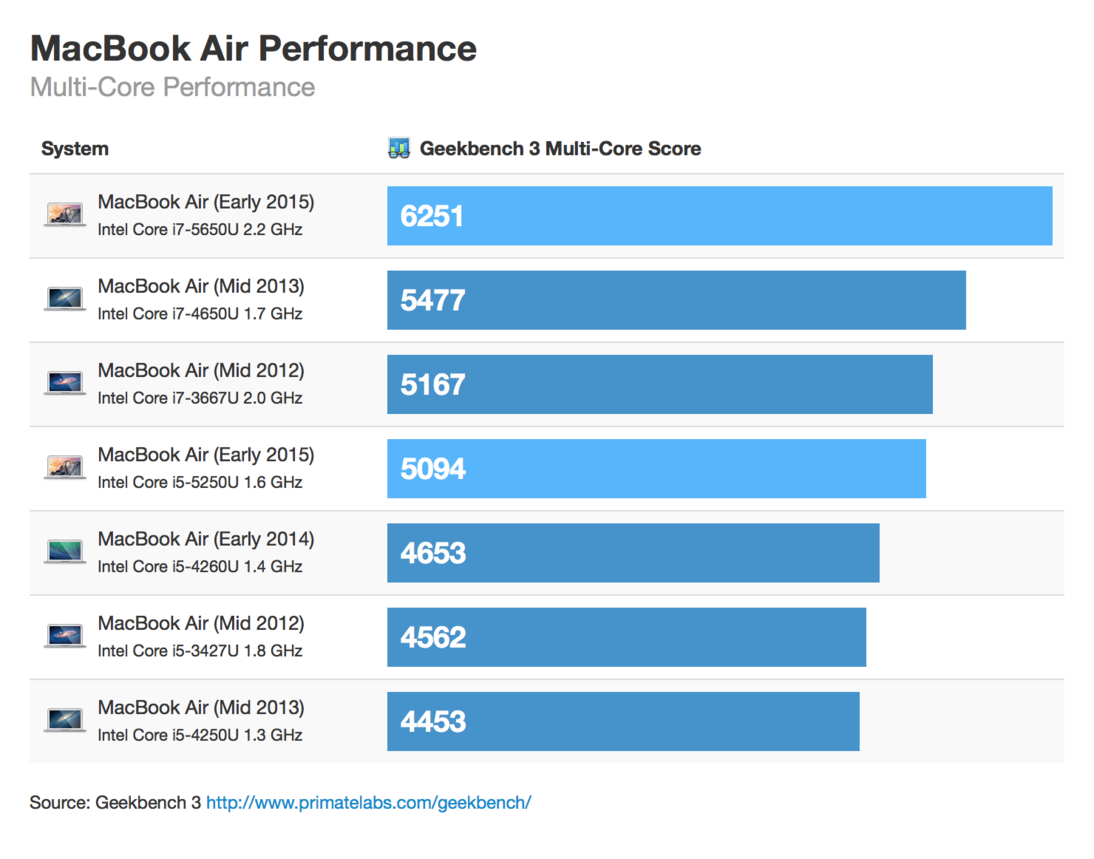 If you're thinking of buying the new MacBook Air I would strongly recommend the i7 processor. It has 20% faster single-core performance and 25% faster multi-core performance for only a 15% increase in price. 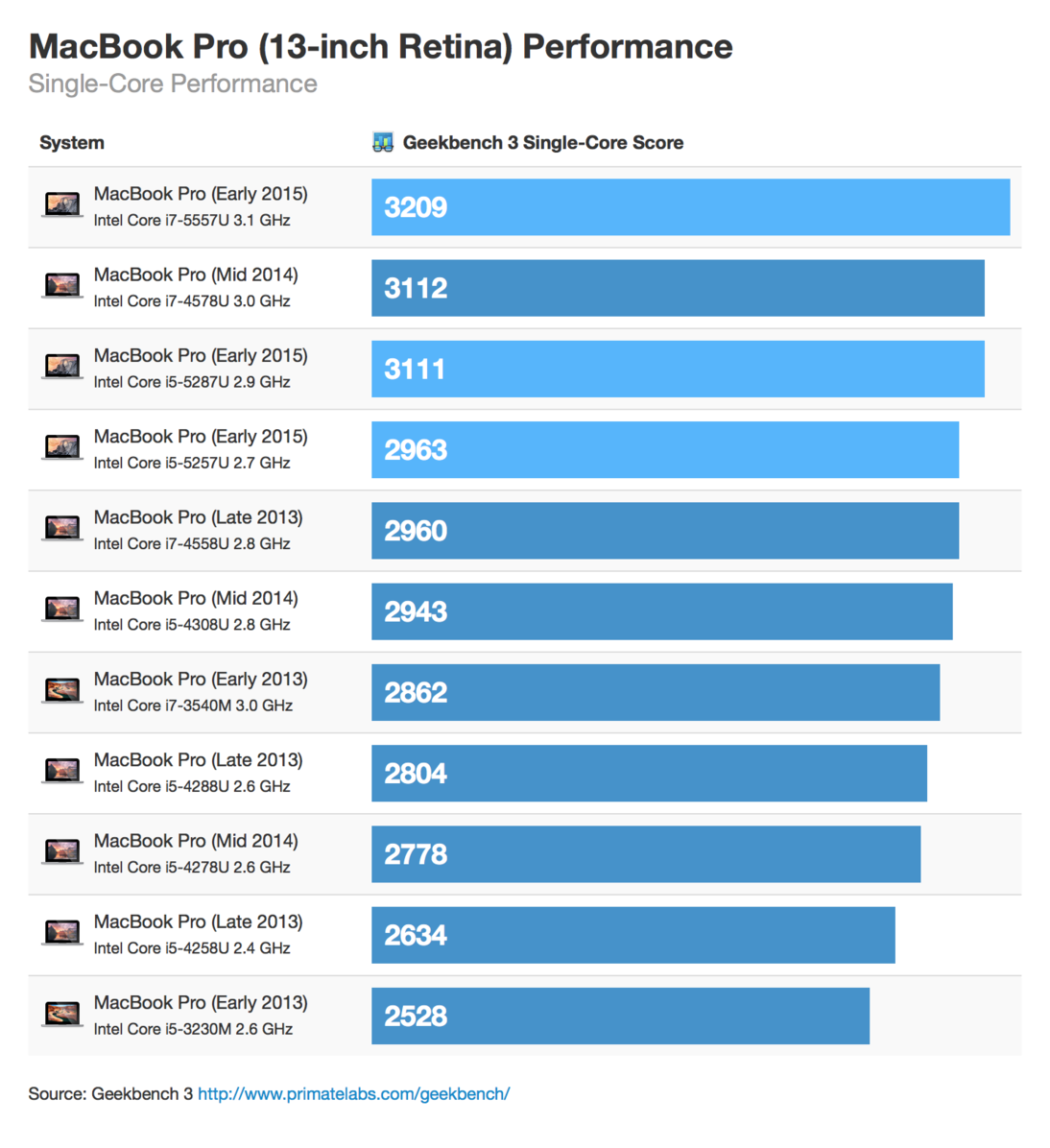 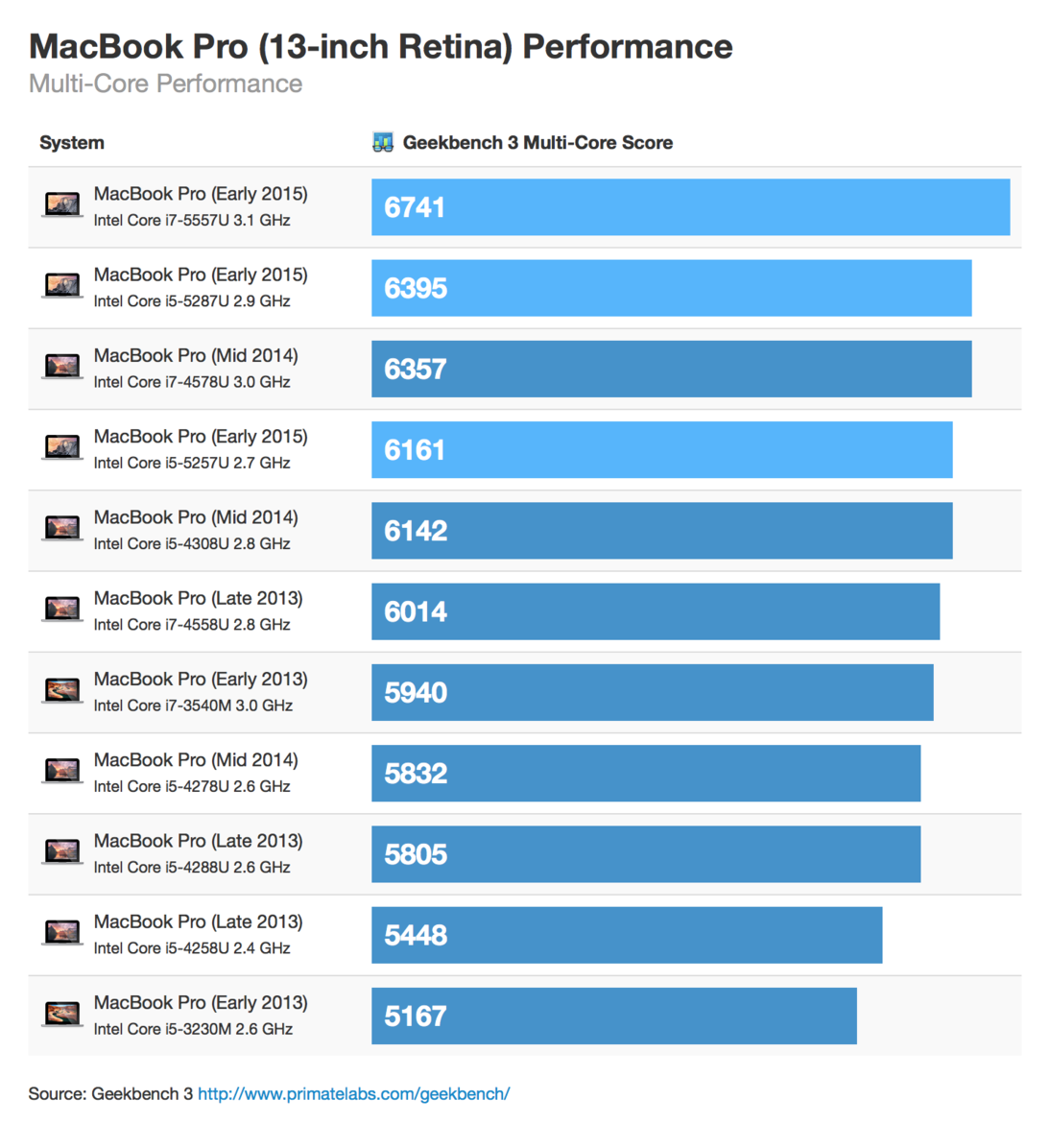